5 Things You Should Know About Maymand 2019 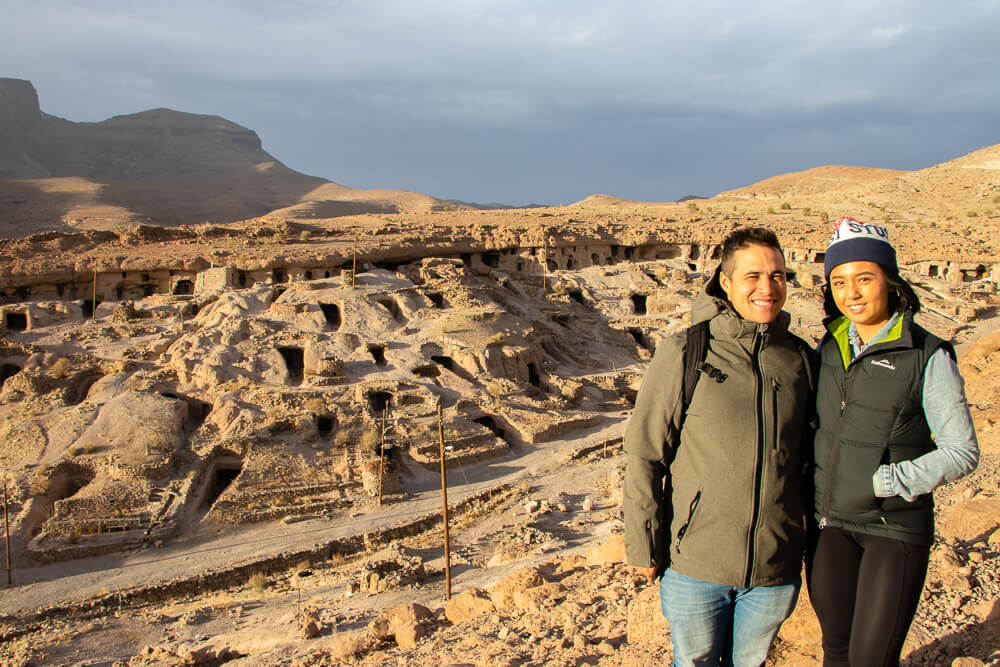 Meymand is a very ancient village which is located near Shahr-e Babak city in Kerman Province, Iran. Meymand is believed to be a primary human residence in the Iranian Plateau, dating back to 12,000 years ago. Many of the residents live in the 350 hand-dug houses amid the rocks, some of which have been inhabited for as long as 3,000 years. Stone engravings nearly 10,000 years old are found around the village, and deposits of pottery nearly 6,000 years old attest to the long history of settlement at the village site. Living conditions in Meymand is harsh due to the aridity of the land and cold temperature in winters. The local language contains many words from the ancient Sassanid and Pahlavi languages. In 2005, Meymand was awarded the UNESCO-Greece Melina Mercouri International Prize for the Safeguarding and Management of Cultural Landscapes (about $20,000). On 4 July 2015, the village was added to the UNESCO World Heritage Sites list. 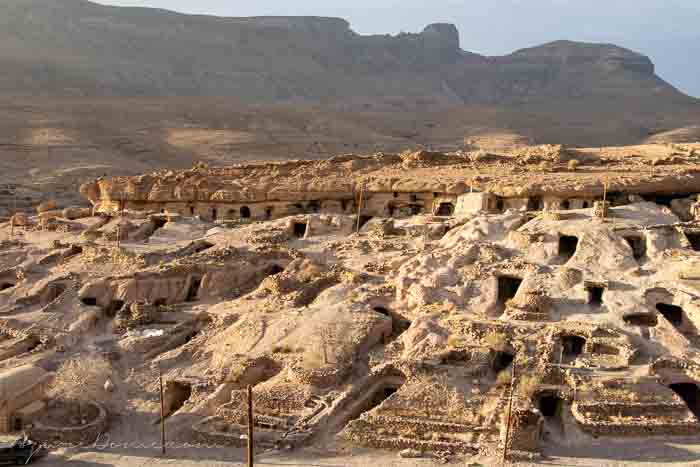 Maymand (or Meymand) is located at 234 km west of Kerman in Kerman province, Iran. The nearest town to Maymand is Shahrbabak, 38 km southwest of Maymand. This village is located between Kerman, Shiraz and Yazd; so you can go there on you way to Shiraz or Yazd from Kerman or vice versa.

Check out our list of Maymand tours.
Find Out

There are many ways to get to this ancient village and we are going to explain them all. Pay attention that you can go there from Kerman, Shiraz and Yazd so one of the coolest options is to visit Maymand on your way to or from Kerman. However, for going there you should probably first decide if to go there by a tour guide or by yourself and if by yourself, do it by public transportation and travel cheap or by a private taxi and get there fast and pay more.

By Tour (Most Organized):

This is probably the easiest way; you don’t have to think and plan about anything and will just enjoy the place. You can see our Maymand tours here. Pros: fastest way, have a guide to explain everything, everything is managed and booked via your tour, you can visit more attractions which otherwise would be too hard or time consuming like Rageh valley of Rafsanjan. Cons: the most expensive option, if you want to go to Shiraz or Yazd by yourself you have to take a private taxi.

By Private Taxi (Most Flexible):

As mentioned before, Maymand is located in middle of Kerman, Yazd and Shiraz; so, for going to or coming from Kerman to those cities (here you can check out how to get to Kerman from other places) you can hire a private taxi, even spend one night in Maymand and continue to your next destination from there. By doing this option you will break the travel time by half (specially Shiraz to Kerman which is about 8-9 hours), visit an amazing world heritage site and get to Kerman fresh and ready. So that’s why We highly recommend this option. Below, we’re going to explain how you can do it:

Shiraz-Kerman and vice versa (visiting Persepolis on the way):

The main road Shiraz- Kerman road is through Sirjan. It’s about 570 km and that’s the one that all of the shared taxis (about 7 hours) and buses (8-9 hours) take. However, you can do it by going through Shahrbabak too which is only about 20 km longer and guess what? By doing that you can cross the Persepolis! So, it’s possible to take a taxi from Shiraz; see Persepolis (one hour driving time from Shiraz), Necropolis, Pasargadae and afterwards go to Maymand and spend the night there. From the other side it will be like this; first go to Maymand and sleep there and in the following day visit Persepolis, Naqsh-e Rostam, Pasargadae and be in Shiraz by the evening. You can count on us and contact us for management of such a trip from english speaking taxi driver and a guide in Persepolis to book your place in Maymand and of course in Kerman.
There are 3 roads and the one that goes through Sirjan is the fastest and main one.

It’s 370 km and about 4 hours (5 hours by Bus) to get to Yazd from Kerman and if you wish to visit Maymand you have to add an extra 2 hours to it. So, you can do a daily trip visit Maymand and get to Yazd in the evening. Be aware that there are many more attractions on the way; attractions such as Rageh canyon and Hajj Agha Ali historical house (one of the biggest roofed, adobe structures in the world) in Rafsanjan and Zein-o-din caravanserai and Sar Yazd castle in Yazd. Therefore, if you can dedicate 2 days to this excursion you will be able to sleep in one of the hand-dig caves and see more attractions one the way.  You can count on us and contact us to organize this trip from english speaking taxi driver and a guide in Persepolis to book your place in Maymand.
You need only 2 more hours (1 more in comparison to going by bus) to be able to see Maymand.

With more than 20 km in lenght, Rageh canyon is amonge the main attractions of Kerman. 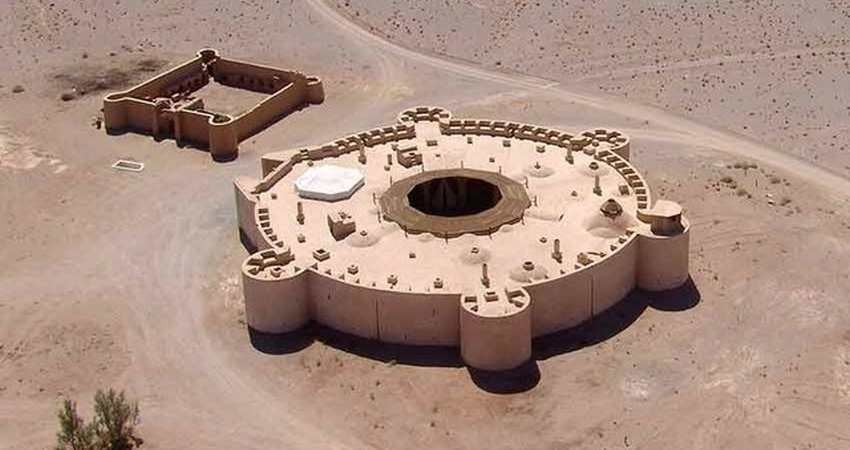 Zein-o-din is among the few round caravanserais in Iran.

4. Where to Sleep in Maymand?

As you might guess there aren’t any hotels in Maymand. However, you can experience a unique stay in one of the hand-dig houses which the locals call “Kicheh“. In Maymand, there are 3 ecolodges that you can book a Kicheh from: Maymand Stone House, Maymand GuestHouse and Maymandmoon Ecolodge. Maymand Stone House is owned by a local couple, is the simplest and cheapest option. On the other hand, Maymandmoon Ecolodge is owed by 2 guys from Tehran, they have a dinner room, they are more professional and of course the most expensive option. You can contact us for booking. 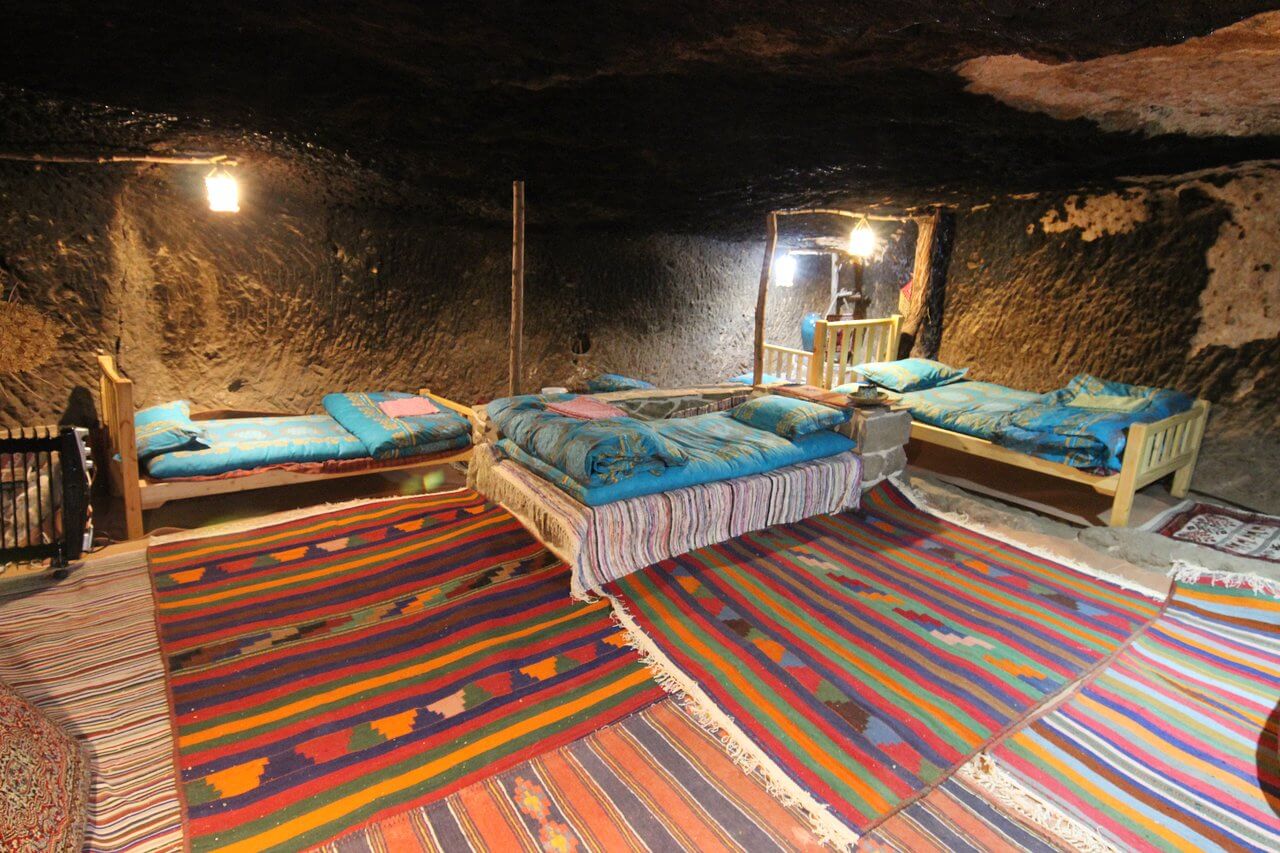 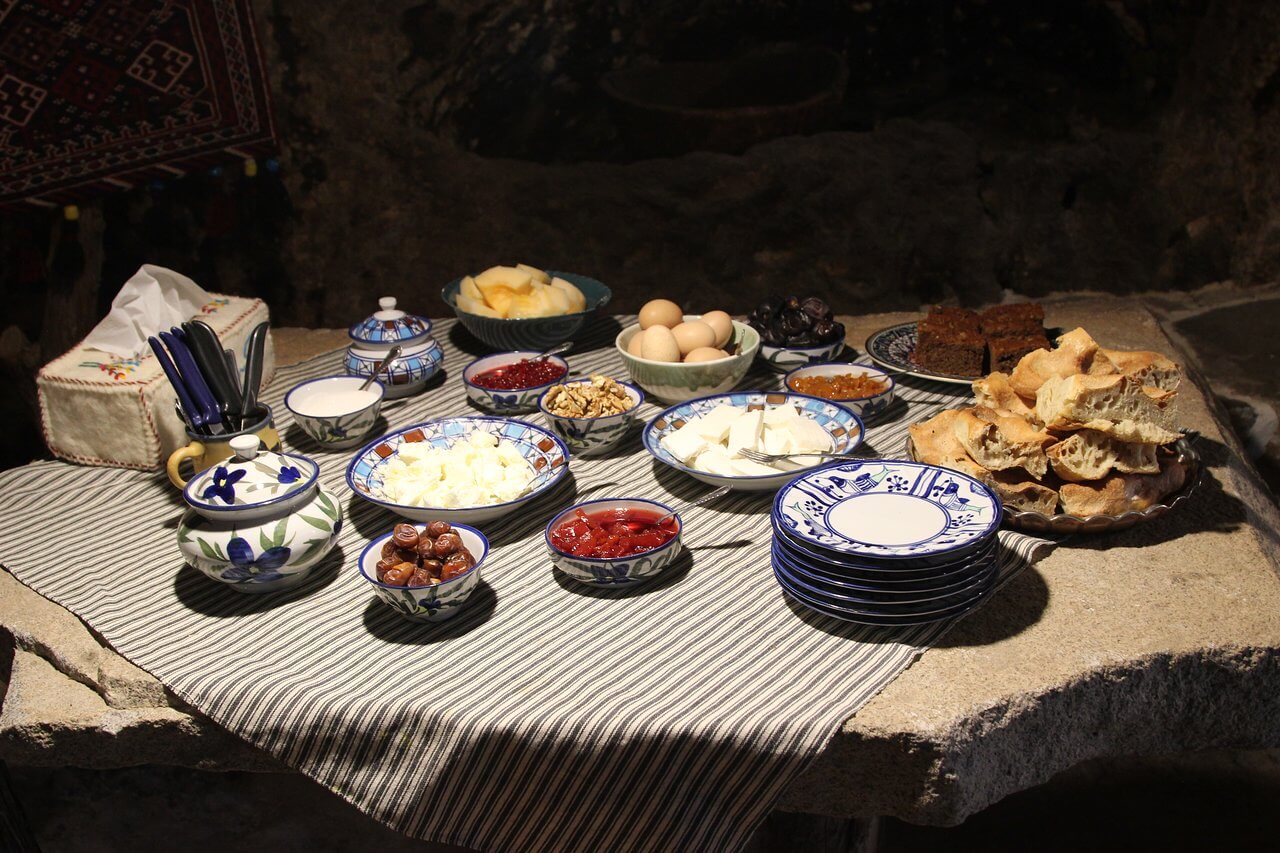 Maymand is the perfect place to spend couple of days in and enjoy the villagers life and see the attractions around. On one hand , you can go and explore the untouched nature around the village to hike for a couple of hours in nearby mountains and see the Stone engravings or go with the shepherds for hours or even days and experience pure local life. On the other hand, you can take a look at the village itself to see the fire temple which has turned to a cool museum nowadays, the hammam (traditional bath) or the mosque. Keep in mind that you have to pay around 500,000 Rials as entrance fees and a Persian speaking guide is included. However, you can ask for english speaking guides as well. 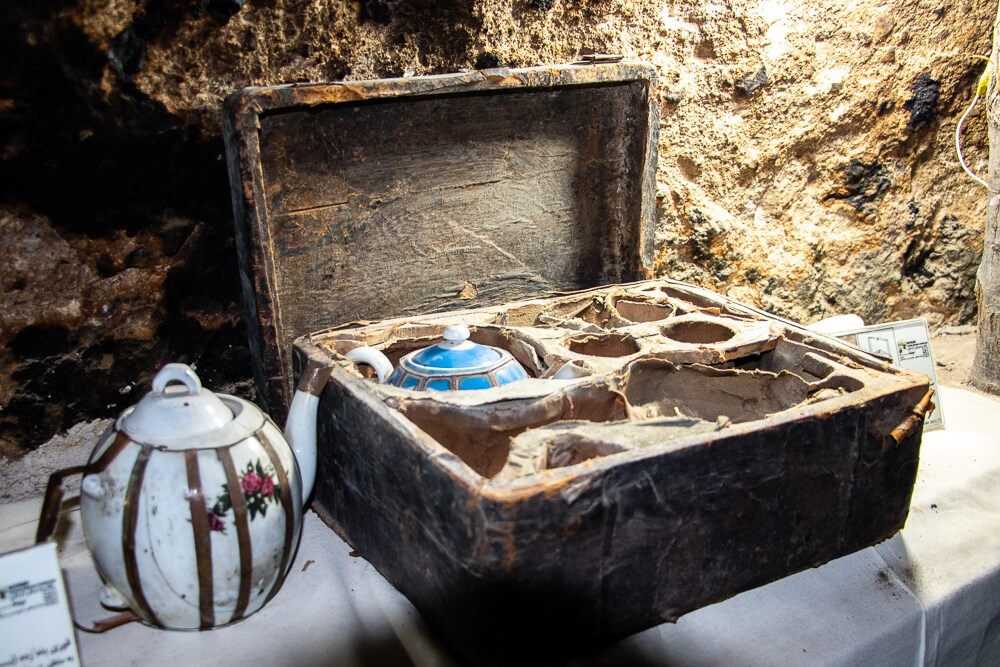 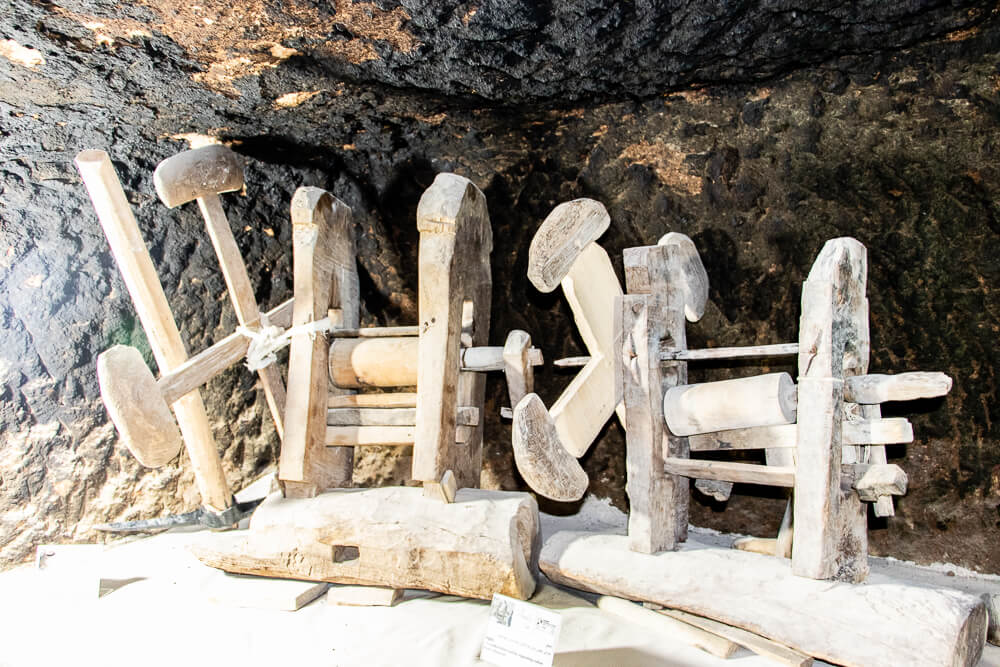 What Do You Think?

Have you been to Maymand or are you going to go there in near future? Did you have fun? Where did you stay?What do you think about it?

Want to Book A Tour? 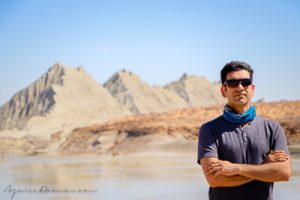 Being a tour guide, mountaineer, nature lover and Iran lover for couple of years; Ali co-founded the Azure Dome to promote and introduce Kerman.
He is 29 and studied civil engineering in Kerman.

Get Updated About Us